Men may be the stronger sex (physically) but that does not mean they do not get hurt too. At a young age, boys are trained to act tough and refrain from crying even when they are hurt. Boys learn to keep their feelings to themselves in fear of being bullied for not being man enough. This culture makes it harder for boys to grow up and have a healthy emotional state.

Regardless of how far we’ve come 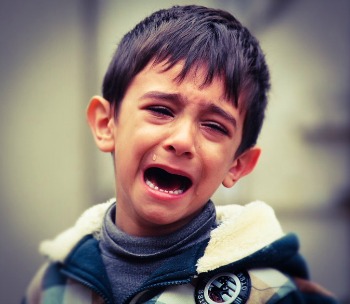 when it comes to technology, nothing much has changed on how we view male masculinity. Boys fail to develop a positive sense of self when they can no longer escape the scrutiny of other people through various social media platforms they frequent. Cyberbullying is common and it can cause severe anxiety on vulnerable victims., boys increasingly become suicidal because they never learned how to speak up and express their feeling without the fear of being judged for who they are. And the sad fact about this is that it affects boys all over the world – without exception. And boys bottling up their feelings will not do them any good once they reach adulthood.

Hence, boys increasingly become suicidal because they never learned how to speak up and express their feeling without the fear of being judged for who they are. And the sad fact about this is that it affects boys all over the world – without exception. And boys bottling up their feelings will not do them any good once they reach adulthood – if they ever do.

As the government attempts to improve the health scenario of the state by assuring to provide ‘quality access to all’, with its health schemes, introduction of high-tech machines and hospital upgrades, the question of where mental illness would stand in the list of health sector improvements lingers on.

According to the World Health Organisation, approximately one million people commit suicide each year worldwide, which is about one death every 40 seconds or 3,000 per day. It is the 10th leading cause of death globally, and the statistics continue to increase with each passing year.
Itanagar alone reported a steep increase in unnatural deaths or suicides in over a year’s time. According to available records in the Itanagar Police Station, there were 14 cases of suicide in 2015. The numbers saw a high rise with 23 cases in 2016, which roughly makes two deaths in a month. The figures for 2017 currently remain at two suicides, which occurred in January.

Boys are just as vulnerable as girls to suicide.

“For boys in particular it can be harder to ask for help due to a reluctance to talk about their feelings, but this could be stopping boys from accessing support when they most need it.

“We hope that by putting the spotlight on male suicide we can help boys see that they are not alone. If they can’t talk to friends or parents then Childline is here to listen to them, whenever they need us.”

“But we know that boys particularly struggle to talk about their despair because they regard it as weakness to share their feelings, so we want to encourage them to speak to us on the phone, or online because we also know that if they try to combat these suicidal thoughts alone, they can become overwhelmed by them, and that’s when we can lose precious young lives.

“Suicide is one of the leading causes of death for boys and young men. We need to draw attention to this growing problem, and make sure all our desperate children know that Childline is there for them, day and night.”

The good thing about tragedies like this one is that it raises awareness to the issue. People in authority can make advocacies and policies that help young boys deal with their suicidal tendencies and improve their outlook on life. Moreover, more and more young boys break out of their silence to help others who are still struggling with their depression and let them know that suicide is not the answer to their problems.

suicidal, according to the NSPCC.

Childline is urging boys to speak out as figures reveal they are significantly less likely than girls to talk to counsellors about thoughts of ending their lives.

In 2015/16, Childline delivered over twice as many counselling sessions to girls in Northern Ireland compared to boys, where the child’s gender was known with 70 sessions delivered to boys and 168 to girls.

Statistics show that across Northern Ireland, more than twice as many boys aged 10-19 died by suicide than girls in 2015.

Establish an open relationship with your son if you are a parent of a young boy. You are your son’s primary support system and they should not be afraid to open up to you about their problems. It may be heartbreaking for a parent to see your child suffer but you can always ask for help yourself, so you may be able to help your child too. The most important thing is to learn how to distinguish early signs of suicidal tendencies and find out what you can do to help.