The United States of America is one powerful nation. Many countries the world over look up to the “Land of the Free” and the Home of the Brave” for a lot of reasons. But let’s be unbiased here and try to check on one crucial aspect of nation-building: healthcare. Do Americans really enjoy better healthcare services and privileges than citizens of other nations or do they have one of the most expensive healthcare delivery systems in the world? Well, it’s hard to come up with an assumption if we don’t have a point of comparison, right? So, let’s compare healthcare in the US and that of Denmark, a European country that may be thousands of miles from North America but undoubtedly also faces the same medical woes and maladies faced by every American. 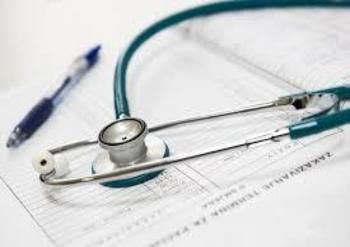 The culture between these two countries are strikingly different and we’ll soon find out if the same thing applies to the way health is viewed and taken care of by both. In reality, the Danish healthcare system is arguably far more superior than that of the US in a lot of ways. The thing is that they have a smaller budget for healthcare than in America but theirs is far more efficient. It might make you wonder how they manage to pull it off if a country as big and powerful as the US still struggle with doing so until today but apparently, culture plays a major role. Lifestyle practices like cycling is a great example and in turn, triggers a positive domino effect that not only benefits one person but the entire country as a whole. Politics is not as dirty as well. Politicians actually care about the citizenry and compromise on policies that are meant to uplift the lives, safety, health, and well-being of the people.

Politics and healthcare are intertwined

In this system, controversial issues are generally resolved through compromise. Compromise creates many winners and fewer losers. Larger coalitions tend to be longer lasting and programs are more faithfully executed since many more people wish to see a given program succeed.

My impression of Danish people, is that they do not necessarily think of life as a zero sum game whereby one must lose in order for another to gain. In the US on the other hand, it is commonplace to see Democrats and Republicans repeatedly describing each other’s plans in terms of “winning” or “losing.” Unlike Denmark, compromise in American politics isalmost unheard of.

It basically boils down to the prevailing culture and mindset in America. One group has to either win or lose. There is no meeting halfway and compromising especially if the issues being tackled are of national interest. Denmark may be smaller than the US but with all the resources America has, it is not impossible for it to copy and succeed at transforming our nation’s healthcare system and making it as good as that of its European counterpart. We all could learn about how open and accepting the Danish culture is and that is perhaps the reason why they manage to succeed in healthcare where Americans have lost.

The United States has the highest healthcare spending as a percentage of GDP among developed nations throughout the world. Currently, the nation spends 17% of its annual GDP on healthcare. In dollar terms, that comes to $3.06 trillion. The average amongst our peers is just under 11%.

In per capita terms, according to research from George Mason University, the United States spends, on average, $8,508 per person on healthcare. The average among developed nations is less than half of that, at $3,322.

Meanwhile, as our healthcare costs escalate, so does our aging population. Pew research has determined that 10,000 members of the baby boom generation turn 65 every day. By 2030, when all boomers are 65 or older, they will account for 18% of the nation’s population. While I am an eternal optimist, I sincerely doubt the ability of our current healthcare system to care for a sickly and aging population of that size.

However you look at it, the healthcare system in the country is beyond poor considering the US is one of the most progressive nations in the world. A large number of the population is also aging. The baby boomers are responsible for initiating the progress we are now enjoying. If at this rate we are already struggling in meeting the needs of the sick and the injured, what more if there will be more older people who won’t be able to attend to their personal needs and require professional medical help that is not only costly right now but the process is so complex and confusing too. Today, politics still dominate health care. The Republicans still do not rest in trying to abolish the existing Obamacare despite how many times of failing. Politicians are only interested in their own vested interests and until the time comes that the US can definitely unite once and for all even if they support different parties is perhaps the time when real healthcare reforms can be realized and implemented.