We all know that the key to becoming competitive on a global scale is through education. By knowing things, how they work, what makes them work, and their impact on our lives we are able to better ourselves and make life on Earth such a breeze. We have been living with this notion and it is why the global standards have also been set very high. Those with sterling academic credentials get chosen by the top companies and are more likely to go up the corporate ladder. If anybody will ever say that education is the same wherever school you graduated from is seriously delusional. It is not the reality of our times anywhere on this planet especially if you live in major cities where the population continues to explode and many people are competing for the same job. 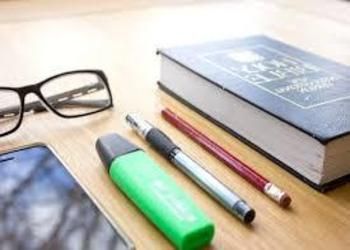 If you live in the US, you also have an idea how expensive getting an education is. While you have the option of going to a private or public school in your primary and secondary years, the game changes once you step on college and the university. The tuition fee is seriously outrageous and only a handful can afford to pay it without making use of student loans to help them finish school. The downside is that they are already deep in debt by the time they graduate that most of their earnings go to paying off the student debt they have accumulated over the years. Even today’s government does not have an optimistic view on education and it’s spreading an either you make it or not the mindset to today’s youth that is clearly one of the problems why America seems to be stuck in a rut while the rest of the world keeps on pushing forward.

Education seems like a prime issue for non-zero sum politics and policies. Indeed, the core idea behind public education is inherently non-zero sum: We believe that enabling individuals to learn and fulfill their potential will not only benefit the individuals themselves, but also advance broader economic prosperity and civic well-being. Abundant research bears this out: Countries where students stay in school longer and learn more have higher economic growth. Education increases workers’ productivity, allowing greater earnings; expands opportunity; and is correlated with improved health and longevity for both individuals and communities or societies. And improving educational outcomes for those at the bottom benefits everyone, by reducing crime, public dependency, and other social ills.

Public and policy debates about education, however, increasingly reflect the same zero-sum assumptions as our broader politics. At the individual level, affluent families treat their children’s education and development as a competition – investing tremendous energy and money to ensure their children get the right grades, participate in the right enrichment activities and secure a scarce slot in the best colleges.

The sad thing about education right now is the fact that not everybody can afford it. Those who have the cash to burn can send their kids to prestigious skills and enroll them in various workshops so they become knowledgeable and skilled as well in other areas aside from what’s taught in the four corners of the classroom. Hence, it is no longer surprising that these affluent kids do better in exams at school or get hired right away in big companies soon after graduating because they have all the edge employers are looking for. If politicians are sincerely interested in the well-being of their younger constituents, they will stop wasting time tackling nonsense things and attacking one another but focus on issues that really matter to everyone.

The Trump administration has been widely criticised for its education policy, helmed by US Secretary of Education Betsy DeVos, which has pushed for the establishment of more privately-owned charter schools at the expense of public schools.

“We must protect parents’ access to a wide range of high-quality educational choices, including strong public, charter, magnet, private, online, parochial, and homeschool options,” said Trump’s statement over the weekend.

A recent study from the American Federation of Teachers and Badass Teachers Association found that teachers were reporting higher stress levels and lower job satisfaction under the leadership of Trump and DeVos.

Whether you are a pro or anti-Trump, we can no longer change the fact that he is the one leading the nation, to where we can only guess. His radical mind is not something for the masses and he clearly is still second-guessing how best to realize his dream of making America great again. One of his obvious major mistakes is appointing the wrong person for the job and it was obvious from the beginning the disapproval from the majority once the news has been released. Rapid globalization shows how other nations are doing their best to produce world-class workers and if the US doesn’t get its act straight, then we may lose our edge over the others and it can have a drastic impact to our economy.