There is so much more to the arts than meets the eye. And for years, the arts have helped shaped the world in ways that you can’t imagine. Even until today, it has helped us understand the world that existed before us. We try our best to decipher what the images on ancient cave walls mean to give us a glimpse of the life led by our ancestors centuries ago. And these paintings might actually be the inspiration for visual artists to come up with their own various works of art today. 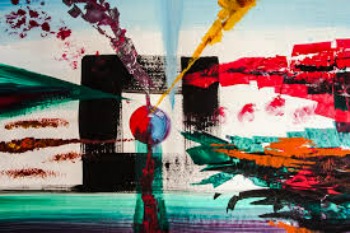 We see and appreciate beauty with our eyes. Whether it be an elegant painting, a striking sculpture, a unique photo, a moving video, or a breathtaking architecture, the visual arts is a rich expression of human talent at its finest. Dance, in my opinion, qualifies as well.

From a young age, we learn how to doodle even though we know so little about the spoken word itself. It only goes to show that this artistic talent is innate in us and a crucial aspect of human nature. After all, you don’t need to be brilliant to be able to appreciate the beauty of the visual arts.

Every two years, a curator comes to Venice with a mandate to rally the world’s greatest artists and unite them in a great enterprise on behalf of humanity. That may sound like a premise out of J.R.R. Tolkien, but it captures the heady, high-stakes spirit of the event, and the organizers rarely stint on ambition. In the past few editions, we have seen curators of the Venice Biennale use their Prospero-like powers to direct artists to tear down the wall between older art and the contemporary, to construct a marvelous portal to the collective unconscious, and to wage an insurgency against the unequal global status quo.

This year, under the direction of the highly accomplished French curator Christine Macel and energetically titled “Viva Arte Viva,” the project is slightly different. As Venice Biennale commissioner Paolo Baratta said when naming Macel to her post, she is “aware that we are currently living in an age of anxiety” and is “committed to emphasizing the important role artists play in inventing their own universes and injecting generous vitality into the world we live in.” With that aim, instead of sending her Biennale’s 120 artists off on an epic mission, she’s asking them to come together, settle down, divvy up the artistic labor, and go about their salutary business as citizens of a vibrant, functioning city-state of the mind.

The culture and the arts depict the issues of the times since the artists themselves are aware of current events that are the cause of concern for the people. Most of the time, artists often use politics as an inspiration for their artworks and art pieces. Even though many people do not take the visual arts seriously, they actually have a big impact on society and help trigger necessary changes that are needed now.

When Canadian Inuit artist Kenojuak Ashevak sold her print “The Enchanted Owl” in 1960, she pocketed $24. When the piece was resold at auction in 2001 for nearly $59,000, she received nothing. That is because Canada does not recognize a resale right for visual artists, which in some other countries guarantees them a small percentage of proceeds from secondary sales.

Unlike musicians, writers and filmmakers – who receive royalties each time their works are sold, used or downloaded – painters and other visual artists in many countries are paid just once.

Like Ashevak, who died in 2013, they receive no proceeds from later sales, even when the value of their work balloons.

Unfortunately, visual artists rarely get the recognition or the monetary remuneration they deserve for their artwork unless they are big names themselves in the industry. Unlike in the entertainment sector where talents get royalties, most visual artists don’t receive anything aside from the amount initially paid to them upon the sale of the piece itself. It is why many visual artists get discouraged from pursuing their craft and go after traditional jobs that put food on the table instead.

Even appreciation for the arts is confined mostly to the elite who can afford to pay for such expensive artworks. The masses don’t usually spend their hard-earned money on pricey artworks only to be gawked at considering they can barely support their basic needs. However, it does not mean we don’t appreciate beauty once we see it. Thankfully, the visual arts have different aspects that the masses can relate to. There’s film, music, photography, and other decorative arts like woodworking, ceramics, and jewelry making that give meaning and more joy to our lives.

One thought on “A Visual Appreciation Of The Arts”