For the past ten years, smartphones have dominated the market and our lives. While Apple introduced the technology to the world, Android users have Google to thank for it. And one of the most popular smartphone brands in the world today is brought to us by Samsung. Just recently, the tech giant introduced its newest line of to-die-for smartphone gadget, the Samsung S8 and Samsung S8+. 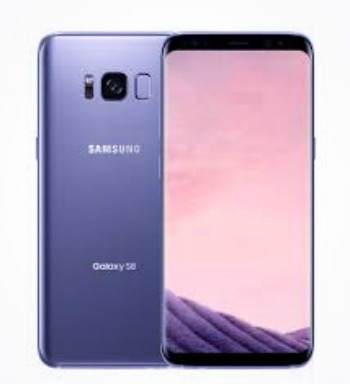 The company has made various changes to the phone’s design and features over the years. And it seems that Samsung favors the curved display design that is seen in some of the previous Samsung Edge phone models. This new phone line is far different from models previously released by the company and is probably the reason why the tech industry is buzzing with excitement for its arrival. So, what sets apart the S8 and S8+ from the rest? Let us all find out.

Being handsets this ambitious, the Galaxy S8 and S8+ each have a well-stocked bag of tricks. Notable tidbits like iris/fingerprint/face recognition security, Samsung DeX (the ability to use the handset like a computer by connecting it to a screen and periphery), and Bluetooth Dual audio for streaming sounds to two separate headsets are niceties that push the Galaxy S8 and S8+ a level above the competition!
There’s plenty more where that came from, so check out the complete list of key software features below. Are you hyped?

Always On display – View various information, such as a clock or calendar, even when the screen is off.

Multi window – You can run two apps simultaneously without changing the screen.

Hello Bixby – View frequently updated content, such as the weather, reminders, and alarms, in one place.

Reminder – Schedule notifications and to-do items or use location reminders.

Iris recognition – The iris recognition feature uses the unique characteristics of your irises, such as their shape and patten, to strengthen the security of your device.

Fingerprint recognition – A built-in capacitive sensor reads your fingerprint when you touch it from any direction.

Face recognition – Unlock the screen using facial recognition instead of drawing a pattern or entering a PIN or password.

Samsung Pass – Register your IDs and passwords for websites to Samsung Pass and verify your identity securely via your biometric data, rather than entering your login information.

Samsung’s new phone line reveals features that resemble that of iPhones and people are excited to finally have the Android version for some of these upgrades and others that have never been seen before. Many can’t also wait to get their hands on its sleek and sophisticated look. The absence of physical buttons on the front gives it a quite futuristic look and they have probably coined the term “Infinity Display” to describe it. Even the Samsung logo is no longer visible on the front for that completely seamless look. There may be flaws such as the set screen resolution, maximum brightness, and fingerprint reader location but they pale in comparison to what the phone offers.

Although the eyes of the world will be on the physical design of Samsung’s upcoming flagship, inside the Galaxy S8 and S8 Plus handsets the software continues to evolve to challenge assumptions and create better user experiences for millions of Galaxy smartphone owners.

A large part of that is the web browser. Samsung has continued to develop its own standards-compliant web browser for its Android platform. It already stands apart from Google’s mobile Chrome browser because of a focus on content blocking and privacy. You can now add secure mobile payments and better web app integration to those bullet points.

The latest major update to the browser (v5.4) is in the final stages of beta testing and a public beta version is rolling out in the Google Play store. And for the first time, it’s also going to be available for non-Samsung handsets as well.

The browser is also bringing in another important part of Samsung’s mobile vision. It now supports web payments, allowing users to pay for goods and services directly in the mobile app. The intention is to enable web payment to use Samsung Pay if it is available on a device, otherwise card details can be stored on the handset with biometric sensors used for security.

The Samsung S8 and S8+ are probably one of the coolest smartphones you can get your hands on these days. It boasts of a curvy and futuristic-looking screen display, is waterproof and offers wireless charging too. The user will likewise not get disappointed with its browser, which will serve as the benchmark for the next Android smartphones. With two of almost of everything, there is so much in store with this new eye-candy from Samsung.

While data recovery is a far too common complaint among computer and laptop users, smartphone users also face it too now and then. It just works differently because of the different features between computer hard drives and that of smartphones. When you face such a problem, don’t try to fix it yourself and visit an expert phone technician to retrieve it for you whether you are using an iOS or Android phone, an old model or one of the newer ones.