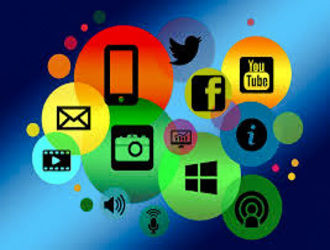 There are multiple reasons why countries like the U.S. have accounted for the bulk of the world’s internet innovation over the past few decades. Simply put, the U.S. is an attractive market with a common language, common currency and common regulatory policy supporting private infrastructure investment, including wireless and wireline networks delivering internet connection. This is not the case in the European Union, where innovators have to contend with 28 nations, 24 languages and 17 currencies.

The U.S. is indeed an innovation hub. However, it’s on the verge of losing this advantage if it continues on with overregulation and doesn’t guard against piecemeal internet policy frameworks.

If you look at the World Wide Web today, there are five companies that stand out among the rest whose power and influence spans continents and we’ll call them as the frightful five. In a world like ours today that is defined by technology, smart gadgets, and the Internet of Things, it is easy to easy how these companies have built their empires that even governments pale in comparison to the extent of their ability to dictate society, our way of life, and the future of mankind. What many of you are not aware of is that these companies also own a bunch of other businesses that roughly got everything else covered that matters in this planet making it doubly harder for other businesses to thrive.

So what makes them frightful, first of all, is that they are very, very big. And they play a huge role – they all play sort of huge roles in our lives kind of personally and at a kind of society-wide level. So if you live kind of a modern American life, it’s impossible to, you know, to live without all of them for most people. And more than that, they sort of are being asked to do and they kind of know more about us than any corporations in history. They’re more – they’ve become kind of more like governments than companies with the amount of money they have, with the kind of power they have over democracy in society.

We’re seeing that with the way that, you know, news on Facebook and Google affected the election, with their impact on the economy, you know, the way they’re disrupting kind of how retail works, with their impact on jobs and inequality. And eventually, you know, they’re all working on artificial intelligence. And their technologies will affect probably most of our jobs. Most of the ways that people make money now are going to be changed by technologies that these companies make.

How do they trump innovation then, one might ask. Well, by dominating the market, they limit the opportunity for small businesses to prosper or for them to even have a fighting chance to get their names out there. The irony here is that they make money every single time these smaller businesses use their online platforms while the average entrepreneurs struggle to make ends meet and rise above the endless competition. You don’t even have to look far to understand how this monopoly works. All you need is to simply check out the web. There are many smaller tech businesses in there, true, but they still need to get their business heard using any of the frightful five as platforms. They may make money but the five still makes the most money as they earn from other people’s success as well, thereby killing not only innovation but these businesses as well.