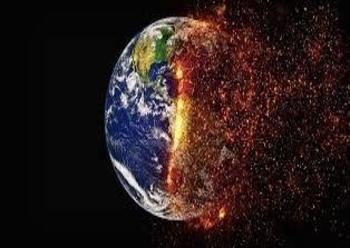 Since the whole world is already aware of the problem, the experts have been paying more attention to climate change to hopefully understand what is happening to the planet and if there is anything else we can do to slow it down if that is still possible at the moment. All the little changes in the world signal something and since it has already been a long time that we’ve been abusing and misusing the world’s resources, it makes sense that we are seeing changes at a global scale that all points to global warming and climate change. A fine example of which is what you are seeing outside your window like pollution of all sorts that are just at the tip of the iceberg.

The US Global Change Research Program recently released a Climate Science Special Report. It is clearly written – an authoritative summary of the science, and easy to understand.

The planet continues to change. At the rate things are going now, the world may no longer be hospitable for the future generations if we don’t take drastic measures. Our little contributions go a long way but we need more in order to bridge the gap between the extent of the damage and our continued abuse of the planet, which is why efforts should be at a global scale as well. There is even the risk of losing island nations as sea level continues to rise. It is painful to visualize what may happen to all of us if we don’t do something about it today when we still have time. Our collective efforts in stopping climate change in its track are the only solution we can think of now.

“Climate change is happening right in front of our eyes,” Fruean said this week on the sidelines of a meeting in Fiji of Civicus, a global civil society group.

Helen Clark – the former New Zealand prime minister and an ex-senior United Nations official – was also at the Suva gathering. Clark says she is not surprised by its central topic.

“You can’t come to a meeting in the Pacific and not have climate change as the focus,” Clark tells Fairfax Media. “Everybody talks about it because it’s an existential threat to the Pacific.”

Thousands have already died and displaced because of natural phenomenon that has gone berserk. Answering to the call of help of affected nations and individuals in the aftermath of a disaster isn’t the answer we have all been waiting for all along. They are just ban-aid solutions. What we need is a disaster management plan with long-term goals that also addresses the issue of climate change. While disasters are destructive on their own, they are just superficial manifestations of how much climate change has changed weather systems and will probably just get worse over time. And time isn’t a luxury we all have.

Even governments are not sure how to properly address the situation. Definitely, energy efficiency should be at the top of everyone’s list because it is the major contributor to the betterment or worsening of the state of our planet. Emissions make the planet hotter. Trapped heat in the atmosphere continues to melt glaciers and warm the planet and fuel climate change. Let’s help one another in conserving and preserving the Earth or lose the only home we know of in the entire universe.