Since the whole world is already aware of the problem, the experts have been paying more attention to climate change to hopefully understand what is happening to the planet and if there is anything else we can do to slow it down if that is still possible at the moment. All the little changes in the world signal something and since it has already been a long time that we’ve been abusing and misusing the …

The planet is warming up at a scale never seen or experienced before. Changes are taking place at a rapid rate and they are not always a good one. The planet is definitely our home but it does not mean we are always safe from all the (raging) elements. There are times when natural weather systems act up and we end up on the losing end.  The truth is, human activities have triggered climate change. If you want proof, just simply take a look at the world around you. If you live in big cities, pollution is a common issue and there are fewer trees and plants as well as the land is utilized as residential, commercial, or even agricultural spaces. Even in rural areas, forests are going bald as illegal logging and mining are thriving more than ever. While global warming and climate change have already arrived, it does not mean we can’t slow it down for our own sake (and safety). People die when Mother Nature runs amuck and properties get destroyed too not to mention our natural resources are fast depleting and they happen to be non-renewable too. It is easy to feel discouraged upon seeing the extent of the problem but that does not mean we should not do anything about it at all. Even in our own little ways, we can fight climate change by changing the way we live our lives one day at a time. 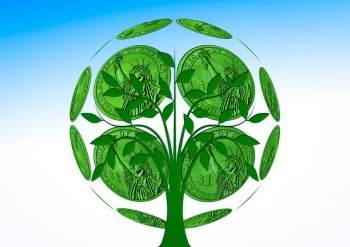