The planet is warming up at a scale never seen or experienced before. Changes are taking place at a rapid rate and they are not always a good one. The planet is definitely our home but it does not mean we are always safe from all the (raging) elements. There are times when natural weather systems act up and we end up on the losing end.  The truth is, human activities have triggered climate change. If you want proof, just simply take a look at the world around you. If you live in big cities, pollution is a common issue and there are fewer trees and plants as well as the land is utilized as residential, commercial, or even agricultural spaces. Even in rural areas, forests are going bald as illegal logging and mining are thriving more than ever. 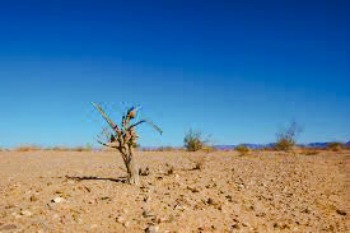 While global warming and climate change have already arrived, it does not mean we can’t slow it down for our own sake (and safety). People die when Mother Nature runs amuck and properties get destroyed too not to mention our natural resources are fast depleting and they happen to be non-renewable too. It is easy to feel discouraged upon seeing the extent of the problem but that does not mean we should not do anything about it at all. Even in our own little ways, we can fight climate change by changing the way we live our lives one day at a time.

The greatest impact individuals can have in fighting climate change is to have one fewer child, according to a new study that identifies the most effective ways people can cut their carbon emissions.

The next best actions are selling your car, avoiding long flights, and eating a vegetarian diet. These reduce emissions many times more than common green activities, such as recycling, using low energy light bulbs or drying washing on a line. However, the high impact actions are rarely mentioned in government advice and school textbooks, researchers found.

Carbon emissions must fall to two tonnes of CO2 per person by 2050 to avoid severe global warming, but in the US and Australia emissions are currently 16 tonnes per person and in the UK seven tonnes. “That’s obviously a really big change and we wanted to show that individuals have an opportunity to be a part of that,” said Kimberly Nicholas, at Lund University in Sweden and one of the research team.

The higher the population of the planet is, the more mouths there are that need feeding and the higher the demand as well for the world’s resources. Aside from that, more people generate more trash and the pollution level likewise increases most especially that of carbon emission. It actually makes sense to limit the world’s population and impose a one-child policy similar to what China has enforced years ago. Perhaps by limiting the number of children, a couple can have, climate change will not progress as swiftly as it does now.

“The Asia-Pacific is leading the way when it comes to building construction but energy efficiency standards are not keeping pace,” explained Dr. Jyuung-Shiauu Chern, lead shepherd of the Apec Energy Working Group. “Overall, we’re most concerned about increasing demand for cooling linked to rising temperatures.”

“We are taking new steps in Apec to help our member economies optimize local building codes needed to phase in more energy efficient projects. Improving these codes will ultimately reduce energy costs for residents and businesses while tackling emissions to fight climate change,” Dr. Chern said in a statement issued by Apec.

Energy consumption in buildings in developed economies is in many cases inefficient and wasteful due to continued use of outdated technologies and standards. Adding to concerns is the fact that building projects in developing economies are following suit.

It is everybody’s business to protect the environment. It is not just the government’s responsibility. After all, we all breathe the same air and live on the only planet that proves to be hospitable to human life. Are we seriously not going to take any action into salvaging what little is there left of the planet Earth if only for the sole purpose of the perpetuity of our kind? It’s true that climate change is a global issue and a difficult one to address at that but nothing is impossible if we all unite and help in the fight against climate change starting today.