People often associate substance abuse to the abuse of illegal drugs that give its users an unrealistically high that consequently messes up with their brain and over time with their life. Doing drugs is cool at first. After all, mostly cool people do it. It gives the user a false sense of belonging as they continue to have pot sessions with fellow drug addicts who have lost their sense of direction and reality. It might be fun at the beginning as you relish in the unnatural high these illegal substances bring you but wait until their undesired effects kick in and you’ll regret doing it at all. Drug users look terrible physically as they are no longer able to look after themselves and they look like wasted versions of who they once were.

For years, we have seen drug junkies ruin their lives as they can’t seem to break away from their nasty habit. Drug addiction does not discriminate. It will not spare you from 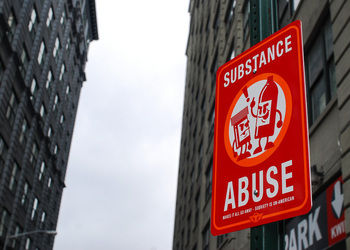 its bad effects whether you are a famous personality or just an average Joe. Celebrities have fallen out of the limelight and weren’t able to stage a successful comeback after succumbing to illegal substances. Some even died either by suicide or because of an accidental overdose as they may also take other prescribed medications in conjunction with their drug use that unknowingly became a lethal combination that took their lives away.

One study found that more than half of family businesses had or were struggling with an addiction issue within the family. This may sound shocking, but it stacks up with other statistics: One in ten Americans have struggled with some kind of drug abuse and one in eight with alcohol abuse. Many American families don’t know whether their life’s work will live beyond them into the next generation or whether addiction and substance abuse will have the final say.

So – what to do? How to create a substance-free family culture that can sustain a family business? How to avoid heartbreaking situations like the one my friend found himself in?

There’s no one single answer, and even among healthy families, things will look different.

Most criminals have vices that have evolved to become addictions. If they are not already criminals when they started doing drugs, they likely ended up being one as a means to fund their excessive drug use. Not only are these people’s lives constantly at risk because of the high doses of drugs running through their system but they are also at risk of dying because of their dangerous criminal activities. Then, imagine these people being a part of the very fabric of society. They likely have families who are also affected by the things they do and are saddened by the fate they have chosen. Imagine them as parents who model a bad image for their children that will eventually grow up thinking doing drugs is okay.

Her words reveal that substance use disorder hijacks and re-wires the user’s brain. This dynamic may not make sense to anyone who has not seen opioid abuse firsthand. Nearly a decade’s worth of neuroscience research by the National Institute on Drug Abuse shows that addiction is a disease and not a sign of bad character.

For this and other reasons, our most immediate community response should be based on a public health approach, rather than a “lock ’em up” approach. This requires an “all hands on deck” commitment by policymakers, the business community, faith-based and nonprofit groups, civic organizations like Rotary Clubs, and others that emphasize prevention, treatment and recovery services. Working together, we can reverse and reduce this opioid epidemic.

You don’t need to experience for yourself the harmful effects of drug addiction when you can learn from the mistakes of others. Spare yourself and live a better and happier life that is not entirely dependent on unknown (and highly) deadly chemicals that temporarily make you feel good but gradually wreak havoc on your body over time. People lose their money over drugs as they lose their mind too. It will take its toll and your body will be a living testament of the abuse it had to endure as the substance mask a fleeting gratification that will slowly kill you but drive you crazy first. It’s your call. After all, it’s your body. Do drugs and lose the essence of life or take life as it is and experience all its highs and lows as the sane, rational, and healthy person that you are.