The world is changing. That cannot be denied. If you just look around you, you’d notice how more advanced our society has become and tech gadgets seem to be sprawled all across town, even in the comforts of our own homes. There is even one or two inside your pocket and your whole world probably revolves around the use of smart technology because that is likely what the rest of the population does. Everybody is so active online that it has opened up a whole new world of possibilities for people whose technical expertise lies in the use of computers and anything tech-related. 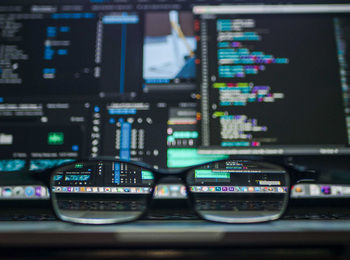 If there is one skill that will prove handy in the years to come, it definitely has to be related to technology especially in the use of computers. Wherever you look, some sort of tech device is running a business, office, institution, or even in your own home. We need to learn to adapt to all these changes if we don’t want to be left behind because sooner or later, technology will run the world (as if it is not already doing it now). And if there is another skill you should master or at least know about, it is coding or computer programming. The possibilities are endless if you finally figure out how computers work from the inside and it can work to your advantage when expanding your career options.

A whole new tongue – the language of computers – will be what separates the educated from the ignorant masses of tomorrow. Understanding how to write code for computers is already becoming one of the most highly prized skill sets anyone can have in the global economy. Here’s why:

All major tech companies, from Google to Facebook, aggressively compete to hire gifted young coders. In the Silicon Valley area, for example, some reports suggest engineering graduates from Stanford University expect their starting salary to be nothing less than $100,000-120,000.

“It’s fair to say that for school-leavers looking to maximise their potential income, few other skills open the door to as many well-paying and varied careers,” says Prof Rory O’Connor, head of the school of computing at Dublin City University.

Learning the language of computers is no longer just a second-thought for many but a priority given that today’s world is highly reliant on these modern contrivances in getting things done. There are other reasons why coding makes for a great new skill to learn aside from its practical applications in life. For instance, it is that universal language spoken by all that knows no boundaries or prejudices. It’s what you know and is capable of doing that matters not who you are.

The rationale for this rapid curricular renovation is economic. Teaching kids how to code will help them land good jobs, the argument goes. In an era of flat and falling incomes, programming provides a new path to the middle class – a skill so widely demanded that anyone who acquires it can command a livable, even lucrative, wage.

There is a major downside, though, to the popularity of coding class/courses as it will eventually produce a large number of coders who’ll be looking for a job and we all know how the law of supply and demand works, right? The lucrative salary in this industry today may significantly go down if there is a surplus of skilled workers capable of doing the job at a lower income range.

If there is another positive note we can highlight about this aggressive initiative to educate the youth of computer technology is that it ensures they are equipped with the knowledge and skills they need to meet the demands of our modern world and survive no matter the odds.