Community groups have a big influence in their community in bringing about a positive change that benefits everybody. Unlike government organizations, they operate independently and support causes that hit home. Often made up of like-minded individuals, community groups offer social support to citizens through various activities, charity work, and in voicing out people’s concerns to make sure it is heard. 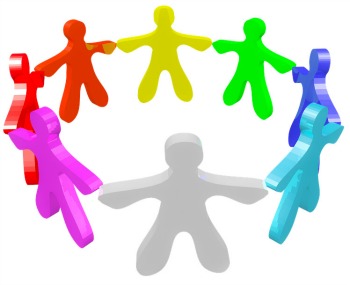 Wherever you may be, there are community groups in place that you can tap for support. In California, for instance, community groups met with officials of the State Board of Education to discuss their sentiments regarding the school accountability system.

Parent Revolution, Center for American Progress, and Teach Plus California issued the 18-page report with the support of Educators 4 Excellence, National Council of Negro Women, Students Matter, Students for Education Reform and others. The report offers a variety of suggestions on how to simplify the state’s idea of a color-coded and more nuanced ranking of schools called the California School Dashboard.

Meanwhile, some community groups have a global impact and operate in many countries worldwide. They are a collective body of concerned individuals and professionals that looks after the rights of a child, including the right to an education while working hand in hand with their respective families.

You can likewise visit this page for an example of an active community group that cultivates a community that is evolving and nurtures economic, environmental, and social responsibility among its people.

Community groups are taking the initiative to help citizens in a major way and it is not only happening on American soil. These groups get involved in various causes not only limited to the youth’s education but even the community’s infrastructure in far-flung areas of Zimbabwe.

“To prevent further deterioration of the network, the engineering services department proposed to introduce the adopt-a-road scheme.

“The scheme is intended to help to maintain and beautify sections of the City of Bulawayo’s road network through community members volunteering to sponsor and/or undertake road maintenance and rehabilitation works at no cost to BCC,” part the latest council report of the engineering, housing and services committee reads.

“The scheme would save Bulawayo ratepayers millions of dollars every year while providing participants a great opportunity by giving back to their community and be leaders in promoting civic responsibility and community pride.”

Strong local community groups also help in implementing law and order. Although it is generally the government and the police’s responsibility to ensure the people are safe at all times, a community that looks after each other helps curb down crime rates and encourages each other to report crimes when they see one. With a little funding, it is made possible and the community becomes a better place to live in for everyone.

“The local community are doing a fantastic job encouraging people to get involved and are also reducing incidents of anti-social behaviour, vandalism and theft.

“I am committed to working with residents in Hyndburn and other community groups to support them in keeping their local area safe and reducing crime.

“This is what my Community Action Fund is all about, providing small grants to assist groups in tackling any local concerns.”

Rishton ward councillor Clare Cleary said Hyndburn council and residents were ‘extremely grateful’ to Mr. Grunshaw for his support, which has helped eliminate certain problems in the area.

She said: “It is great that he has given the project some money and the whole community can now see the benefits.

Nothing is impossible if the community unites on a certain cause, whatever that cause may be. Monetary funding is also crucial to help mobilize these community groups in the right direction.