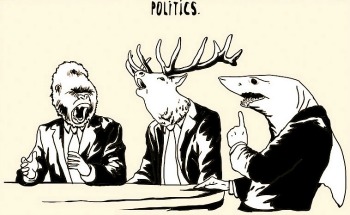 It is safe to say many are not happy about the current political situation and are just as confused as the rest of the American population. Only Mike Pence earned the thumbs up of the people and no one else as reported by usatoday.com.

In a new USA TODAY/Suffolk University Poll, Americans say they have mostly unfavorable impressions of just about everybody on a list of public figures and institutions — except, that is, for the vice president, who has become a familiar figure in interviews on Sunday TV shows and elsewhere as he explains and defends President Trump.

People are interested to find out every bits and piece in politics. It’s like a TV series they can’t afford to miss each week. The thing is that they don’t only do it during their free time but even at work too. What’s to blame, technology? As smartphone users increases, it also proved to be a distraction at work as many Americans get into heated arguments with other people on Facebook and Twitter.

“The results were shocking,” Duggan said, “We found that 87 percent of employees are reading political social media posts during the workday.”

The survey, which has a margin of error of 4.5 percent, included people from across the political spectrum. Other findings: Workers were spending an average of two hours a day reading or talking about politics on the job. For some workers it is three or four hours each day.

While many employers are not happy about this, they can’t just tell their employees to totally avoid it when they just want to stay updated on political issues that can possibly affect their lives. And for many of them, social media is the answer.

Fortunately, you do not live in China where the Chinese government persecutes activists for voicing out their opposition against the administration. If you live in the U.S., you can pledge your support to the protection of children that is also supported by the White House. (http://www.childrensjusticecampaign.org/) With the colorful personality of Donald Trump, it is hard to tell what the U.S. political landscape will be like in the next four years.