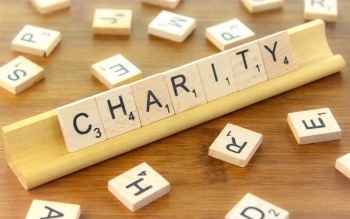 One in four British charities—nearly 50,000 in all—is faith-based, says Rachel Wharton of New Philanthropy Capital, a think-tank. Half of all charities working in overseas aid have religious roots. Such groups receive nearly a quarter of the total income of registered charities in England and Wales—about £16bn ($20bn) a year. Stalwarts such as the Salvation Army dominate the work in Britain (80{de482eb4182815e4397bda7e9c10d3fd88d8e09da808395d54f8dd885ae330e2} of the money raised by faith-based groups goes to just 4{de482eb4182815e4397bda7e9c10d3fd88d8e09da808395d54f8dd885ae330e2} of organisations). But new groups are springing up, too. “We are helping 5-10 new Christian charities set up every month,” says Michael O’Neill of Stewardship, an organisation that assists groups in managing their charitable giving.

It is hard to know if numbers are growing overall, says Ms Wharton, because a change in the Charities Act a decade ago meant almost all existing congregations of any religion now qualify as charities and must register as such. Mr O’Neill says two-thirds of the groups he helps are new, but some are churches with only small social programmes. Even so, Karl Wilding of the National Council for Voluntary Organisations says numbers of faith-based groups that are not congregations are increasing.

Fortunately, charity is not a lost cause yet. Others are following the steps of these religious based charities. If you are an active citizen and want to be in the loop on daily life issues and ways to give back to others, Redeeming America’s Promise is a must-visit site.

Technology also comes in handy in trying to bridge the gap between the rich and the poor through social payment apps that allow ordinary citizens to share their blessings.

A new study carried out by social payment app Moneymailme finds that 72 percent of 18-25 year-olds would give to charity via a mobile app if given the chance. 48 percent of this generation believe physical money will be obsolete within 20 years so the ability to donate via apps will become key.

The survey of 1,000 18-25 year-olds in the UK finds that 74 percent of young people give to charitable causes. This includes 17 percent who have a direct debit set up with charities of their choice and 12 percent who regularly donate to disaster relief funds online.

Nearly three quarters (72 percent) say that they would donate small amounts of money on a mobile app, in real time, to charities around the world, representing a significant opportunity for the charity sector if it fully embraces digital. As well as feeling that money may become obsolete, 62 percent of those surveyed say they feel frustrated if they are forced to make purchases with cash.

We can all learn from the Brits on the value of charity. It is not yet too late for America to embrace this practice. Even a small amount can go a long way. And these monetary donations add up over time.  It appears that the younger generation who are naturally tech-savvy has found a way to support charity efforts using gadgets they use on a daily basis.

Even the popular dating app, Tinder, found a way to give back. The app is not only good at hooking people up but will also donate to different women causes this Wednesday, which happens to be International Women’s Day. What’s even better is you simply just tweet your support.

Tinder in partnership with Pledgeling.com, will give people $100 to donate to a women’s charity in honor of International Women’s Day.

“Now more than ever, Tinder wants to provide a platform for people throughout the U.S. to stand proud in their support of women,” the company said in a statement.

Charities that give back to the people have been around for ages. And it is comforting to learn that it is still practiced in our modern society. A little more love in the world can go a long way especially in countries like Kenya where food and water are scarce. Your donation can change and uplift the lives of many, that’s for sure.