There is nothing more relaxing than drinking a cold glass of beer while hanging out with family or friends. Sharing stories and adventures over a round of alcohol can free your mind from your worries and let you fully enjoy the moment. 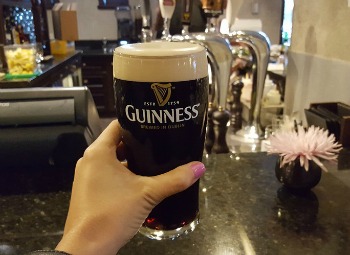 Alcohol is a staple at every party or get-together, especially once night has fallen and the party is almost over. It is normal to hear the loud laughter of drinkers and witness them doing things they do not normally do when they are sober like loud singing, dancing, and non-stop teasing.

We think of drinking in two ways: Either you’re a normal drinker. Or you’re an alcoholic. Either you have a serious problem. Or you don’t. But drinking is way more nuanced and much more layered than that.

Maybe you drink a glass of wine every night to alleviate stress or numb the pain. Maybe you drink to temporarily forget your anxiety. Maybe you have a single drink before attending social events because it helps you feel more confident. It helps you to loosen up. Maybe drinking helps to brighten the dark edges of your life. For a few moments. Maybe you’re worried that you look forward to drinking. Too much. Maybe you spend most Sunday mornings worrying about what you said or did the night before.

Men and alcohol are a given. However, women are also becoming heavy drinkers themselves today. It is not uncommon to see women drinking alongside men – and not just drinking ladies drinks or a glass of fine wine but strong alcoholic drinks with high alcohol content.

Heavy drinking has become a bigger, more socially accepted part of American women’s lives. And health statistics show the results have been deadly.

“Alcohol is killing twice as many middle-age women as 18 years ago,” said Kristie Gerrells, a licensed addiction counselor and clinical supervisor at the Red River Behavioral Health System in Grand Forks.

“We have more understanding of why that takes place. Women have an extra predisposition to health problems stemming from alcohol abuse, due to their physiology,” she said.

And it is proving to be costly for women drinkers – even costing them their lives.

Other alcohol-related factors may be contributing to the climbing death rates, said Sharon Wilsnack, University of North Dakota Chester Fritz distinguished professor of psychiatry and an internationally recognized researcher of problem drinking in women.

“We know, for example, that alcohol is linked to suicide,” she said. “The opioid epidemic may also be a factor—that’s a really dangerous combination.”

She also cited the possibility that traffic accidents may be boosting the alcohol-related death rate of women, more of whom are driving themselves, she said.

It all started with a different approach in advertising to make women believe that they need alcohol in their life to cope with life’s daily stresses.

The ads started popping up about a decade ago on social media. Instead of selling alcohol with sex and romance, these ads had an edgier theme: Harried mothers chugging wine to cope with everyday stress. Women embracing quart-sized bottles of whiskey, and bellying up to bars to knock back vodka shots with men.

In this new strain of advertising, women’s liberation equaled heavy drinking, and alcohol researchers say it both heralded and promoted a profound cultural shift: Women in America are drinking far more, and far more frequently, than their mothers or grandmothers did, and alcohol consumption is killing them in record numbers.

Feminists will argue that women have equal rights as men, so it is but fair for them to indulge in alcohol drinking just as much as their male counterparts – if only to let loose and unwind after a long day’s work. However, women should also keep in mind the dangers of such a deadly addiction – and yes – it is an addiction.

The problem is people choose to see it differently than it really is. For them, this new lifestyle is a temporary solution that allows them to temporarily forget their myriad of problems, not a long-term problem that puts their health at risk and traps them in an addiction they can’t easily get out of.