The world of sports is not only a great way to stay fit and active but it can be a career for some too, especially the ones gifted with superior athletic abilities. It is also a lucrative industry that is racking in millions (even billions) of dollars not only in sports events and competitions but even in sports apparel, goods, and equipment. Men aren’t the only ones who excel in sports. Women who devote their time and effort in training for a specific sport can also become world-class athletes. There is even a special Olympics for the differently-abled that is also widely practiced now all over the world. Everyone has an interest for sports but only a handful succeeds and gets the coveted gold medal. 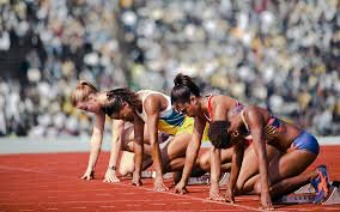 If you are an American woman athlete or whatever your nationality is, it is likely you may get discriminated by males or by the industry at large unless you have proven your worth by winning. But today, simply being a woman is an enough ground for discrimination. After all, we live in Trump’s America. And despite clearly winning the election, we are all aware about his penchant for airing his sentiments on Twitter and his other personal biases that are now reflecting on how he is leading the country to the unknown.

Hardly a month seems to go by without high-profile US athletes speaking out on non-sporting causes. Increasingly, the most passionate voices belong to women.