Rappeling down a cliff, creating a science project, or dialing the number of that special someone you’ve wanted to call for weeks now may seem like very diverse experiences with nothing in common. But actually, these scenes all involve one decision: the decision to take a risk.

Some risk-taking has the potential for dangerous consequences. Consider aviators Dick Rutan and Jeana Yeager, who successfully flew nonstop around the world in 1987 in a feather-light aircraft without refueling, risking their lives.

Domino’s Pizza founder and Detroit Tigers owner Tom Monaghan, whose father died when he was 4 years old and who spent his childhood in foster homes and orphanages, became a multimillionaire in spite of the odds. He risked losing lots of other people’s money and the possibility of financial ruin instead of financial success.

While these risk-takers succeeded, others do not see such happy endings. How about that friend of a friend of your, who risked ignoring the speed limit and didn’t live to tell the story of how he skidded on the highway? 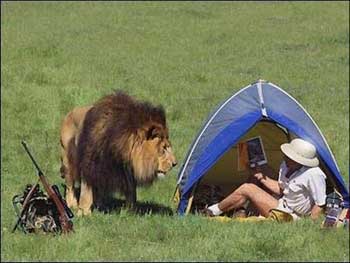 Risk-taking behavior may be partially explainable, say scientists, by a person’s biochemical predisposition. A psychologist in Newark, Delaware, devised a four-part sensation-seeking scale measuring this tendency. He found a strong neuro-psychological and biochemical correlation among people who score high on this scale.

Compared to the rest of the population, these thrill-seekers, also called Type T individuals, tend to have lower levels of monoamine oxidase, an enzyme that normally breaks down certain transmitters related to emotion and cognition. The psychologist concluded that there is a genetic correlation that helps explain sensation-seeking — a lack of certain biochemical regulatory controls.

A Form of Protest?

Other scientists are taking a strictly cognitive approach as they try to understand why people choose risky behavior when there are safe alternatives. In this way, risk-taking may represent a form of protest, as a means of asserting independence or even inflicting pain on their parents and other loved ones. A California psychiatrist claims that it may also arise from an actual desire to harm oneself as well, as a guilt-inflicting measure.

A third, and equally compelling, explanation for the upsurge in risk-taking behavior is in our culture’s contradictory views on risk-taking. Police and detective programs on television graphically illustrate drug use, violence, and sex as a way to get what a person wants. At the same time, society has high expectations for personal and public health as well as environmental safety.

Type T individuals have been called the great experimenters of life. They have a strong competitive edge, are inclined to be intelligent, self-confident, can handle stress, and tend to break the rules.

So what separates the “safe and successful” risk-takers from the “dangerous and destructive” ones? Experts point to risk-taking’s positive elements as lessons to be learned–elements such as courage, curiosity, creativity, and growth. The risk-taking spirit involves not being afraid of the possibility of failure and viewing it not as an end but as a beginning. And problems are seen as opportunities, researchers say.

Then, of course, thesre is old-fashioned planning and skill. Rutan’s trip around the world was not as much a risk for him as it may have been for you. Rutan had flown 325 combat missions during the Vietnam War and had designed his plane appropriately for the conditions. He and Yeager boarded the plane with a great deal of confidence.

But you don’t have to fly around the world to find out if you are a risk-taker. There is a risk-taking in your day-to-day life. Anytime you make a decision that isn’t based on fact alone, but uses your instinct, an inner knowledge of yourself, and an ability to see future outcomes, this is considered taking a risk. It is all in how you make the decision.

Take rappeling down a cliff. Let’s say that you have never done this before. You aren’t sure of what to bring or how to attach the rope to the cliff, and you’re thinking that you might want to do it alone. You are taking an uninformed, potentially very dangerous risk. By contrast, if you have never rappeled before, but you are going with an experienced person who will be bringing along the right tools and is intending to teach you how, you might consider taking this risk for the sense of accomplishment it would give you.

There are different, perhaps less dangerous, risks involved in the decision to enter something like a science contest. You could, for example, write a by-the-book report on how pollutants affect the ozone and hope for a B grade. Or, you could gather photos of a garbage dump in your area and use an overhead projector for slides of the atmosphere and some artists’ rendering of a future look at our environment. By doing this — taking the minor risk of developing a report that is our of the ordinary — you have increased the possibility of learning a little more and even getting a higher grade.

Or, let’s say that particular person you have noticed in your class has given you a small indication of interest. You could approach that person, introduce yourself, and ask him or her out for lunch or on a date. If you don’t think you could bear being rejected face-to-face, try the telephone.

Any level of risk you take, where it doesn’t involve a threat to your own or someone’s else’s physical being, may reap you great rewards. How about taking a small safe risk today?

One thought on “Risks: Can You Handle Them?”