Much has changed over the decades and we owe most of it to technology. Cities are growing and life is becoming more complex. Gone were the days when technology did not make the world go round. Today, we can’t live without our smartphones and other gadgets. It allows us to stay connected to the world in real time. Most household chores can also be done in a snap because of innovative inventions like the dishwasher, washing machine, vacuum cleaner, and many others. There’s also no need to spend hours in the kitchen to whip up a delicious dish because you can just pop one in the microwave just like that. 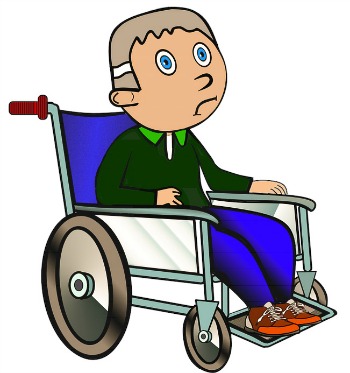 Despite the benefits offered by technology, it has a major drawback – its negative impact on our health. We start leading a sedentary lifestyle as we continue to rely on technology to make life easy for us. We no longer have the time to stay in shape because we are too busy pretending to have a life online that we end up lacking sleep and neglecting our health and well-being in real life.

“We are the supremely arrogant species; we feel we can abandon four billion years of evolution and ignore the fact that we have evolved under a light-dark cycle,” says Oxford University’s Professor Russell Foster, who worked on the study. “What we do as a species, perhaps uniquely, is override the clock. And long-term acting against the clock can lead to serious health problems.” These problems include an increased risk of cancer, heart disease, type-2 diabetes and obesity.

“Under-sleeping is the next sugar – it’s a health time bomb,” says Dr Gottfried, who says just about every aspect of modern living is stealing our sleep. “Our lives are more hectic than ever, more people live in cities where they’re less attuned to light-dark cycles, we binge-watch TV shows, tablets emit sleep-disrupting blue light all evening, and it’s become normal for our bosses to email us at 9pm (they never could 20 years ago). What it means to be available has changed and our sleep is suffering.

Our obsession is just one of the reasons why we lose sleep and it could prove disastrous to our health. The lure of a better life drives more people to flock the cities and create an even more complex urban jungle than before. And to accommodate the burgeoning city population, more and more rural lands are converted as the city keeps on expanding throughout the years. City life messes with your body’s normal circadian rhythm and exposes your body to all types of pollution on a daily basis. As a result, the population gets sicker and more likely to suffer from chronic and debilitating conditions for the rest of their lives. Or worse, kids are born with congenital anomalies or deformities that have severely hampered what they can achieve in life.

Scientists have long considered the lungs as vulnerable to air pollution. Only recently have they come to realise the role of the nose as a pathway to the brain; the extent of the nose-brain connection was only illuminated in 2003, when researchers in smog-choked Mexico City found brain lesions on stray dogs.

Unfortunately for city dwellers, the closer we live to these roads, the higher our risk of autism, stroke and cognitive decline in ageing, although the exact reasons haven’t been teased out. Scientists suspect it has something to do with fine particles causing tissue inflammation and altering gene expression in the brain’s immune cells.

Moreover, city life can put you at risk of mental conditions that are widely frowned upon by most societies.

Research has shown that people who live in cities may suffer more psychological stress than people who live in rural areas. For a study published in Nature in 2011, Jens Pruessner and colleagues at the Central Institute of Mental Health in Mannheim found a 21{de482eb4182815e4397bda7e9c10d3fd88d8e09da808395d54f8dd885ae330e2} increase in anxiety disorders, a 39{de482eb4182815e4397bda7e9c10d3fd88d8e09da808395d54f8dd885ae330e2} increase in mood disorders and a doubled risk of schizophrenia in city dwellers. Urban living was linked to increased activity in the brain’s amygdala – the fear centre – and in the perigenual anterior cingulate cortex, a key region for regulating fear and stress.

Now that the statistics are out there and people are aware of the repercussions of modern life to our health, does the government have any plan on how to halt its progress and take care of the health of its people? But since there will be major budget cuts in this new administration and the possibility of the Obamacare repeal, can the citizens expect any help from the government to help them when they need it the most?

The CDC, the National Institutes of Health and other government agencies had been hoping and pressing for more money to develop drugs, tests and vaccines and to look harder for where those germs might be lurking. “We really are in a different time. This is the moment for us to really invest,” Schuchat said.

In fact, they had been pressing for an authorized fund that would let them move quickly against new diseases, outbreaks or other threats without having to go to Congress to ask for the money.

Now, instead, they are looking at cuts and a Congress controlled by the same Republican leadership that, worried about slush funds and wasteful spending, delayed funding to fight Zika for nine months. They finally cut the funding request nearly in half.

It is the time to assess our choices and determine if the life we are living is indeed the life we deserve. One can only hope that whatever changes that are still coming our way would be for the best interest of the majority especially when it comes to the delivery of basic services like health care. A budget cut is not always the answer to many of the U.S.’s most pressing issues nowadays but perhaps the proper allocation of the nation’s budget can help a lot and some major lifestyle changes to boot.