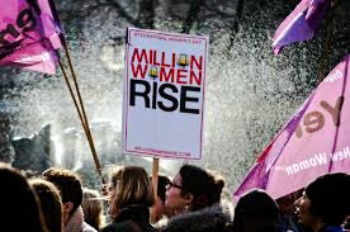 Yet we’re seeing a lot of warning signs that global progress on women’s rights is in real danger of being thrown into reverse. Whether that’s new legal loopholes allowing child marriage in Bangladesh, where ActionAid works, or President Trump reinstating the ‘Global Gag Rule’, restricting access to abortion for some of the most vulnerable women in the