A normal and healthy person have various coping mechanisms to stay sane in this increasingly complex urban jungle we call home. Unfortunately, not everyone can keep up with all the stresses that they seek refuge somewhere else. It does not necessarily mean you go somewhere far to get away from all your worries. People often resort to drug use to help them detach from their surrounding and experience an internal high only substance abuse can offer them. 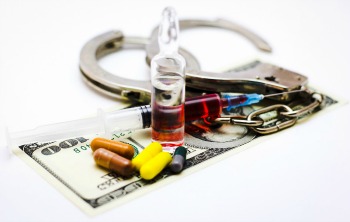 If you do drugs, are you still a sensible individual who is capable of making rational decisions? The answer is likely a BIG no. How can you say you are still a normal walking and breathing person when your system is high on drugs that cloud your judgment. It may be that a person first got hooked on drugs before the deterioration of their state of health or they are already experiencing a major identity crisis and anxiety disorders that they find relief when they do drugs.

Drug dependence continues to be a menace to society and leaves behind a mentally unsound populace that may harm themselves or those around them.

Law enforcement officers share concerns about the number of times they deal with people experiencing mental illness. School staff and people working in after-school activities see children and teens struggling with mental illness. Healthcare providers also bring up mental illness as a concern in their work. And, in the work of preventing youth alcohol and other drug use, mental illness is a challenge. In a recent meeting with state senators and representatives, the Coalition once again heard and raised the issue of mental illness.

Poor mental health and substance abuse often go hand in hand and it affects the entire society unless preventive measures are taken before more people die.

According to the National Alliance on Mental Illness (NAMI) approximately 1 in 5 adults in the U.S., or 43.8 million, experiences mental illness in a given year, and 1 in 25 adults, or 9.8 million, experience “a serious mental [that] substantially interferes with or limits one or more major life activities,” as do a substantial percentage of kids. As of 2006, 36.2 million Americans also shelled big out for mental health services, totaling $57.5 billion or an average of $1,591 per person. Those 4.6 million children able to access and afford mental health services averaged $1,931 each, which hardly seems fair (or efficient).

Individual costs have since come down, but officials still consider mental illness one of the nation’s most expensive, especially when it has gone untreated. According to the National Institute on Drug Abuse, meanwhile, the overall costs to the U.S. of crime, lost work productivity, and health care related to alcohol and illicit drugs are $224 billion and $193 billion a year, respectively.

Considering how big this drug abuse issue has exploded and put at risk the mental health of many, what is the government’s role in addressing the issue and how can they help vulnerable citizens get a hold of their lives once more.

Contrary to Trump’s talk, his party is aiming to pull the rug out from under people grappling with substance-abuse or mental-health issues. The GOP’s legislation to repeal parts of Obamacare—currently being rushed through Congress, with Trump’s backing—could yank coverage from 1.3 million people with behavioral-health needs, according to an analysis from health-care economists Richard Frank of Harvard University and Sherry Glied of New York University.

“People with substance-abuse disorders are going to be the first casualty if this moves forward,” said Daniel Raymond, policy director of the Harm Reduction Coalition. That’s largely because of significant changes the bill makes to Medicaid, the insurance program for low-income Americans. Under the Affordable Care Act, addiction treatment and mental-health services were newly defined as “essential health benefits,” which meant that Medicaid and other insurers had to cover them.

The future does not look promising for drug users who are struggling to get back on both feet without the government’s help.

Stripping away addiction treatment services from low-income people is especially harmful, Frank, of Harvard, said in an interview, because the prevalence of drug abuse is much higher for people living well below the poverty line. He said Medicaid recipients who are covered for addiction treatment and maintain their coverage through 2020 would not lose the benefit under the GOP proposal. But, he added, because addiction is a chronic-relapse disease, people may get clean, relapse, stop working and need to go back on Medicaid.

Education remains to be the best tool to combat drug addiction. Educated people have better coping skills and do not take the easy way out when facing crossroads in life. They stay above their problems and see drug abuse for what it really is, a problem and never a solution.