Cliché as it may seem, health is wealth. However, it probably works the other way around now. You need to be wealthy to be healthy. It’s a sad reality for millions of Americans right now. It is every person’s right to have good health along with some other basic rights like the right to life, food, and shelter. Unfortunately, you may fall ill at times and compromise the state of your health. 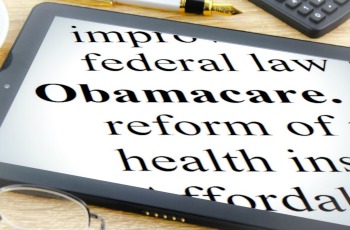 Obamacare, or the Affordable Care Act, has been in effect for the past two terms of former President Barack Obama. The unexpected win of President Donald Trump spawned the creation of the long-awaited House Republican bill that is set to change the American economy. No longer will healthcare cover more Americans but it will also benefit more of the rich than those from the poorer classes.

With Republicans now controlling the White House and both chambers of Congress, the bill would drive government policy down routes long advocated by conservatives. The course correction would take at least two years to get rolling, and probably longer to show definitive results. If it falls short, it would give rise to a fresh set of health care grievances.

The Republican legislation would limit future federal funding for Medicaid, which covers low-income people, about 1 in 5 Americans. And it would loosen rules that former President Barack Obama’s law imposed for health plans directly purchased by individuals, while also scaling back insurance subsidies.

Despite Republican claims of bringing in a new and better health care law in place, many Democrats see it as a cruel attempt to deprive Americans of reasonable health care. Will people now support hypnosis research in treating temporomandibular disorder (TMD) if the government will no longer help you pay for its treatment?

It is a risky gamble for the GOP. If you’re curious as to what this new bill covers, vox.com got it covered:

Some of Obamacare’s signature features are gone immediately, such as the tax on people who don’t purchase health care. Other protections, including the ban on discriminating people with pre-existing conditions and the provision that allows young adults to stay on their parents’ plan through age 26, would survive.

The plan maintains the Medicaid expansion — for now. The Affordable Care Act expanded Medicaid to cover millions of low-income Americans. And, in a big shift from previous drafts of the legislation, which ended Medicaid expansion immediately, this bill would continue to that coverage expansion through January 1, 2020. At that point, enrollment would “freeze,” and legislators expect enrollees would drop out of the program as their incomes change.

The replacement plan benefits people who are healthy and high-income, and disadvantages those who are sicker and lower-income. The replacement plan would make several changes to what health insurers can charge enrollees who purchase insurance on the individual market, as well as changing what benefits their plans must cover. In aggregate, these changes could be advantageous to younger and healthier enrollees who want skimpier (and cheaper) benefit packages. But they could be costly for older and sicker Obamacare enrollees, who rely on the law’s current requirements.

The bill looks a lot more like Obamacare than previous drafts. A curious thing has happened to the Republican replacement plan as it has evolved through multiple drafts: it has begun to look more and more like Obamacare itself. The bill keeps some key features of Obamacare, like giving more help to lower-income Americans and the Medicaid expansion, around in a scaled-back form. This speaks to how entrenched the health care law has become since its enactment 7 years ago, and how difficult it will be for the GOP to repeal it entirely.

A lot of people are already not happy that these changes are taking place and are demanding reform. But with the Republican party having the upper hand right now, we can all expect to see them try to repeal Obamacare and replace it with something of their own making.

It is not good news for many that the party attempts to force the majority of Americans to pay for more expensive healthcare while many more lose their health insurance coverage in the process.

Now, if the government can’t look after the health of its citizens and makes it harder for many to afford care, what else can we expect in the next four years? After all, President Trump is the most powerful man in all of America.