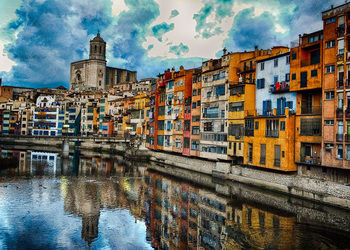 Spain’s resolute attempt in preventing Catalonia from gaining its independence continues to earn the ire and disapproval of Catalonians to think that the majority of voters actually want to separate from Spain for good. And it is not just the Spanish government that agrees with this decision. Other European nations also support it since they want to prevent the same thing from happening in other places in the region, which is likely possible if they let the Catalans get what they want.

Catalonia‘s pro-independence regional government said Spain is “the shame of Europe” for the way it has cracked down on the region’s bid to hold a secession referendum.

The Catalan government’s health service says 465 people have been treated in hospitals following clashes Sunday with police who were ordered by a regional judge to prevent the independence referendum from taking place. Turull said two of the injured were in serious condition.

He said “Today, Spain is the shame of Europe.”

The Catalonians continue to fight for their independence and even if they call foul on the Spanish government, they still won’t be able to earn the support of neighboring nations so as not to set a precedent that others can follow and mitigate other coups from happening. What the Catalonians are doing right now is actually considered as the first official coup in the European Union’s history and that is really a major thing. Dissent is not new but it is not welcome either.

As Catalonia struggles to get what they want, they would likely face bigger challenges and they do not even have an assurance they’d get what they wished for with only themselves on their side. However, the Catalonian’s aren’t even the aggrieved party here all the time since they are at fault too. Many times they have broken the law and caused chaos in Spain rather than lend a helping hand for its progress. They can only wish to pull off the same thing as Brexit because they are poles apart and Spain won’t likely just let them leave without putting up a good fight.